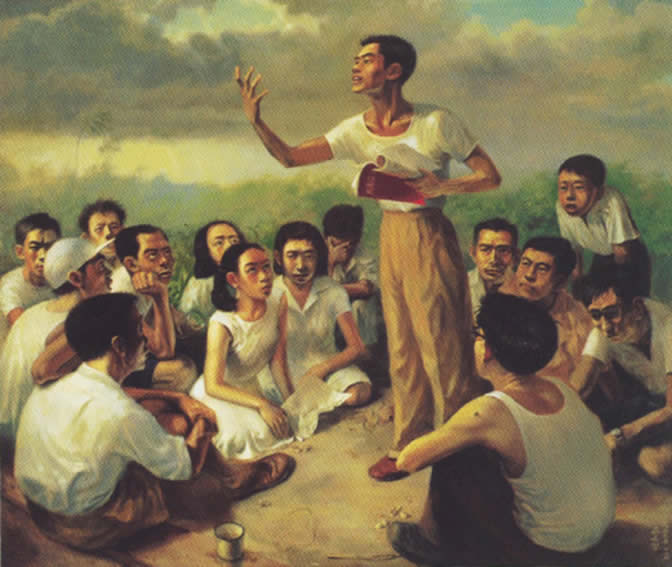 Chua Mia Tee (b. 1931) was born in Shantou, Guangdong Province, China and moved to Singapore with his family during the Sino-Japanese War. At the Nanyang Academy of Fine Arts (NAFA), he studied sketching and painting in different media under the guidance of Lim Hak Tai, then Director of NAFA, and artists Cheong Soo Pieng and Koh Tong Leong. As a highly accomplished realist artist, Chua is renowned for his oil paintings of scenes of traditional life and significant events in Singapore’s history. Wellknown pieces such as Workers in a Canteen (1974) and Singapore River (1983) emerged out of an urgent desire to capture the physical and social landscape of Singapore before the onslaught of urban modernisation. Works such as Epic Poem of Malaya (1955) and National Language Class (1959) also demonstrate his subtlety as a historical commentator. Chua’s work is informed by the belief that producing realist art involves interpreting and rendering any given subject in an accessible manner which helps viewers understand, appreciate, and identify with the work of art. Chua has created many iconic works which have become embedded in the visual landscape of everyday life in Singapore. These include a portrait of the late President Yusof bin Ishak on Singapore’s currency notes, as well as a picture of the late Mr. Lee Kuan Yew, Singapore’s first Prime Minister, proclaiming ‘Merdeka!’ on the fifty dollar commemorative note produced to celebrate the country’s 50th year of independence. Chua’s works have also garnered attention in the international art scene, having been exhibited in countries such as Australia, Brunei, Belgium, Germany, Indonesia, New Zealand, and Thailand. Chua’s contributions to the local arts community began from the earliest years of his practice. He served as a teacher at NAFA while still a student and after he graduated. With other members of the Equator Art Society, he constantly sought a breakthrough in art to cultivate a national artistic identity in the true spirit of a modernist. He has shared his expertise with younger generations of visual artists and arts management professionals in various capacities, including that of professional consultant to and life member of the NAFA Alumni Association, and life member of the Singapore Arts Society 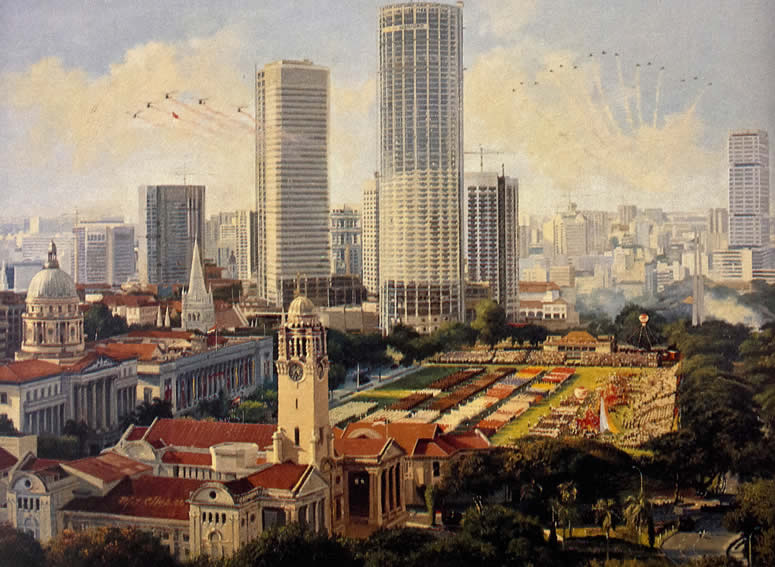 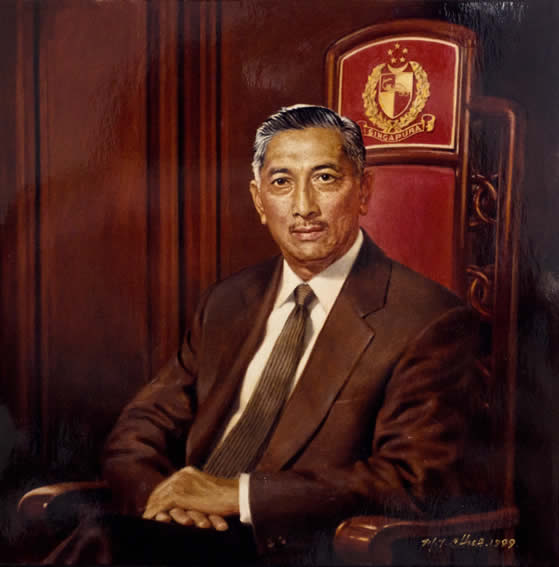